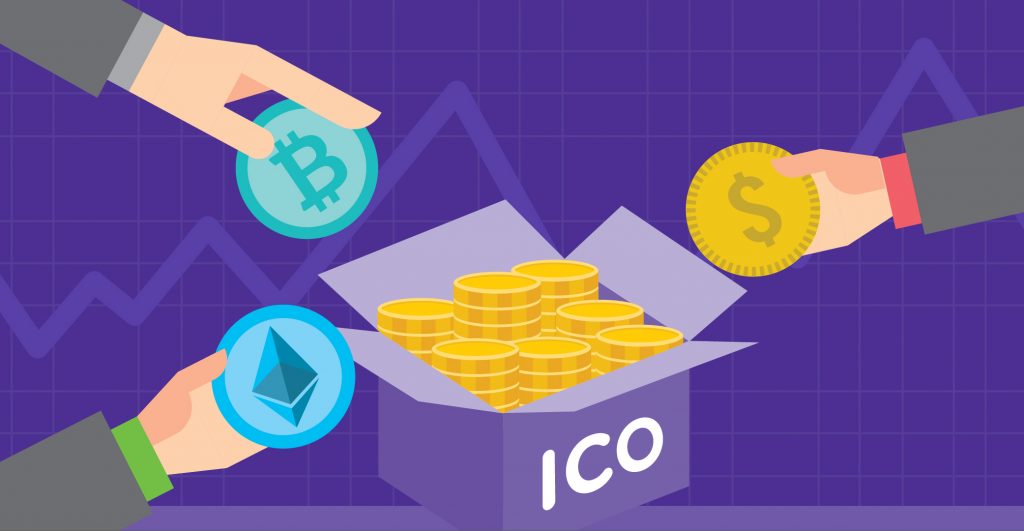 Everything you need to know about Initial Coin Offerings (ICOs)

If you are in the startup ecosystem — or just a casual reader of tech sites — I’m sure that the majority of the fundraising stories you must have heard in past few months had a new term attached to them — ICO. The fundraising didn’t happen by selling out the equity of the company but by selling something called ‘tokens.’

It might be hard to believe for some, but companies have actually raised more money through ICOs than from VCs in 2017. Getting money for your business is of course awesome, but I believe that ICOs are more than just a tool to raise some capital.

To explain the economics and incentives behind the ICOs, here is the ultimate guide for you to understand ICOs. Unfortunately I won’t be able to cover how you can carry out your own ICO, or how to participate in ICOs, but fear not because those might be coming soon.

The C in the ICO

While the world calls it “an unregulated means of crowdfunding via use of cryptocurrency,” I believe it’s much more than that for business because of the implications it brings along. The acronym ICO stands for Initial Coin Offering. Just from the name, we can easily figure it out that companies can raise money by offering the initial (and/or the only) set of coins. Sounds simple enough, but what are these ‘coins’ that are being offered?

In this guide, we’re going to delve into the coins first, and then move up the ladder to understand the initial offering of the said coins. It’s time to understand the C in the ICO. To get the most out of this article, it really helps to understand how a blockchain works.

To make this whole thing easier, I suggest we create an imaginary scenario to shed some light on the ICO process.

Let’s say you want to build a business — an app store just for mobile games. Through your cool new app store, gamers will be able to download free and paid games. They can upgrade the power-ups or unlock bonus levels in the games  they’ve bought through your app store. Whatever money the gamers would spend playing the games, you would pass it to the game developers after deducting your commission.

Seeing that you’re a great entrepreneur, your app takes off and becomes a thriving ecosystem of gamers and game developers. The biggest game development companies would start releasing their games, and the world’s most hardcore gamers would play them on your platform. Truly, a dream come true.

But that’s just it, it’s just a dream — certainly beautiful, but ultimately not yet a reality. In order to make your app store really happen, you’d have to hire engineers to build up the platform, hire people to get game developers on the platform, and spend loads of money to evangelize the platform to gamers. You realize there’s a long road ahead, but your pockets are empty.

And even if we’d allow us to imagine that you’d somehow manage to put together the app store with all it’s amazing features features — you’d still have problems. Game developers would need to start upload their games, so the gamers could buy them, but why would the developers do that? Without any gamers already using the platform, ready to pay for the games, developers won’t make any money. That’s not a situation they would like to be in because they need to feed themselves and their teams too.

To fix it, we go back to the whiteboard to plan out something to bring in a desperate mob of gamers on the platform to lure the developers. But why would they come when there aren’t any games readily available to download and play?

Gamers won’t come till the games arrive and games won’t arrive till the gamers come. Our newly released platform will become a victim of the typical catch 22.

Realizing all these hurdles ahead on your journey, you could either let it overwhelm you and give up — or find a creative solution to realize the imaginary app store. You aren’t a quitter. Smart entrepreneurs find a solution.

Answers to profound questions are never obvious. Recently, we found a solution that would fix all of the above problems, powered by blockchain tech — the C in the ICO.

C is for coins

In the above example, you, being a smart entrepreneur, think of something unusual. A lightbulb goes off above your head and you realize that you can introduce your own game coins in the ecosystem. Instead of asking gamers to pay in dollars or euros, you would ask them to pay you in your own game coins.

On the other side of the spectrum, instead of paying the developers in dollars or euros, you would pay them in your own game coins. The coins can be utilized to derive some value from the ecosystem, therefore, giving the coin owner a privilege. The coins with a utility attached to them are also known as ‘tokens’ — that’s the term you’d get to hear about when reading more about ICOs.

Introduction of your own instrument to exchange value in the ecosystem lets you use it to solve all the problems we listed above. The accounting of your own coin/token won’t be done by you alone in an opaque database; instead, it would be done on a public blockchain where anyone can verify their ownership of the token and can transfer it to anyone else freely.

Even before one creates and markets their platform, they can set up and sell a bunch of these coins at a fixed nominal price. And this brings us to the other two letters of the ICO — I and O.

As an entrepreneur, you build a business plan with all the economics of your coin/token taken care of on the platform, and you announce an initial offering of the coins.

You convince the world by telling a story about how credible and capable you are to pull off building such a platform for gamers and developers. You also narrate the story of your coin and how it would be valuable to the world. You offer potential buyers to purchase your coins at a fixed discounted price right now — even before the platform is built — to allow you to raise enough capital to go ahead and actually build it.

You tell them that because your ecosystem would thrive in years to come, the coin, which is in limited supply would appreciate in value. Then, they could either use the coin themselves to pay for the games or sell them to the gamers at an appreciated value.

The initial coin offering happens on top of a public blockchain like Ethereum, NEO or Waves to provide the trust of ownership and transferability. So in reality you wouldn’t be creating an entirely new coin. Instead, you built your own coin on top of another coin. Interesting! If you don’t realize it yet, money or any digital value is actually just an entry on a ledger. (Mind blown?)

If enough people believe in your story and buy your coin/token, your earlier empty pockets would now be bursting at the seams with cash — giving you enough leverage to go and build the platform. But we know building the platform wouldn’t be enough. We would eventually have to face the catch 22 deadlock which threatened to make our platform a ghost town.

That’s how, by making people vested in the success of your platform, you would be incentivizing them to build and play games on your platform. Thus, solving the catch 22 deadlock.

Like with any new fancy thing, there are going to be people that find loopholes in the entire process and exploit them to favor themselves. ICOs are no different.

You can find bad actors telling the fake stories of what they would build if enough people buy their tokens — while in reality they’re not planning to put the money to good use. They will encash it and fade away or let them sit idle and appreciate in value forever.

Not all stories are rosey. Not all stories will be. There’s a skill that one has to develop to identify bad ICOs from the good ones. If you want me to do an ultimate guide on that, let me know on Twitter.

Doesn’t the law protect the investors?

Short answer: not much right now.

Most of the ICOs label themselves as utility tokens — something that can be used to get some utility on a software platform. They sideline the definition of ‘securities,’ and therefore the law.

Some argue that it’s good because lack of regulations will help keep the innovation and development faster. It’s a valid argument, but it allows thieves to prey on investors who don’t fully understand how ICOs work.

There are ICOs out there that include regulatory measures in their token sale to provide more trust to the investors. One common practice is to put in a functionality that says that if the target amount isn’t raised during the ICO, the raised money will be refunded to the investors — sounds fair, right?

Because of how economies work, companies doing ICOs might start to regulate themselves in the Smart Contracts through which they sell their tokens.

I don’t find it a flawed analogy to think of tokens as fuel. Tokens to a platform are what fuel is to a vehicle.

An ICO is a way to create the fuel (that is, utility token) that will be used in the vehicle (that is, the platform) that you’ll be creating. If enough people buy the fuel, you get money to build the vehicle. And when the vehicle actually gets built, there would be an audience ready with the fuel to ride the vehicle.

Therefore, an ICO is not just a new way to raise money. It’s also a new way to get customers and create network effects in business. Tokens are fantastic, and when you understand what they are capable of accomplishing, you’ll have your mind blown. When a company sells a token in a crowdsale, they get three things in return — investors, customers, and evangelizers. What else, as an entrepreneur, could you possibly want?

This guy Siraj does a good job of explaining it… 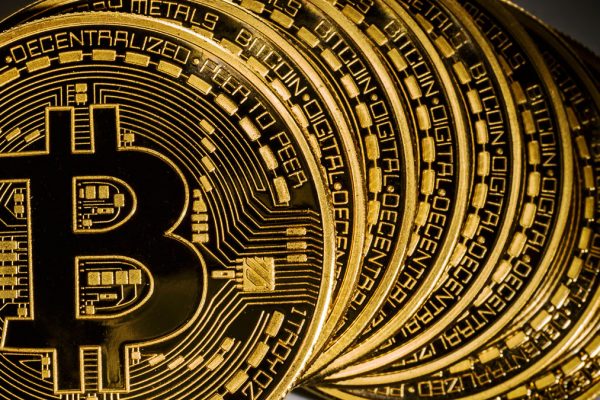 Bitcoin is now worth more than Gold 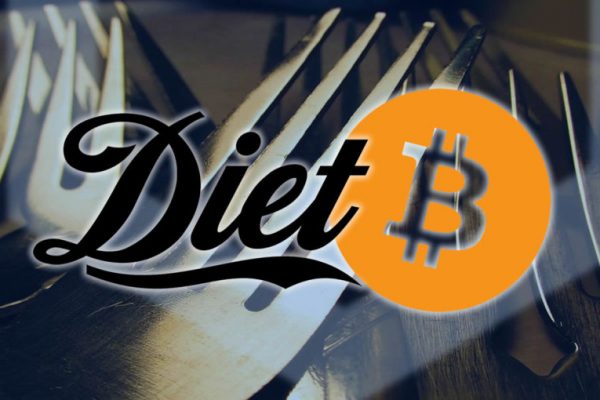 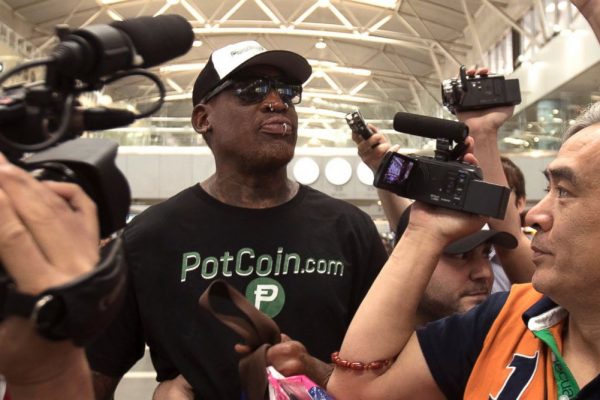