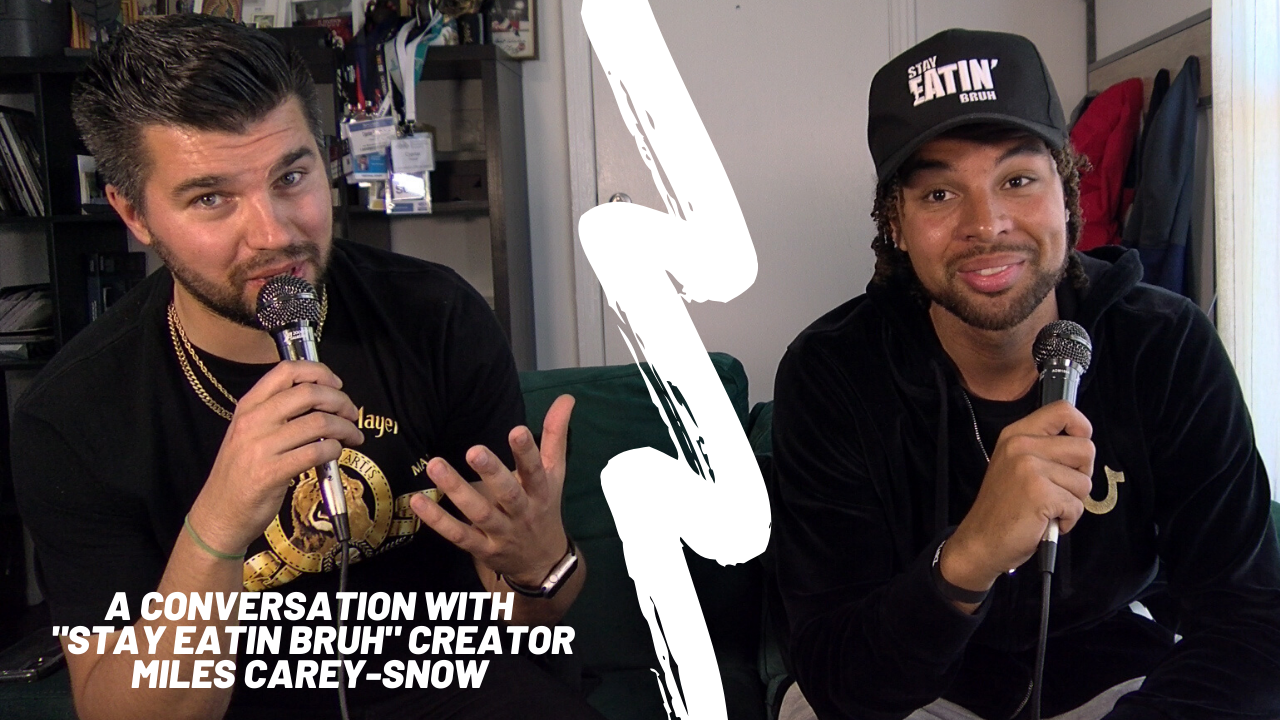 When I first moved to LA I really on had 1 friend, Mr. Clay Kerr, who is an amazing photographer and videographer. He introduced me to his old classmate Miles Carey-Snow and showed me some of the things they were working on. Music Videos, and Behind The Scenes shoots, and this new show they were starting called “Stay Eatin Bruh.’ Hosted by Miles Carey-Snow, with the help of a few friends, he visits local Los Angeles eating establishments and provides his raw unfiltered feedback on the food. Many times he’s joined by other artists who introduce him to their favorite places.

In this episode of The Cyprian Francis Show, I am proud to have a conversation with “Stay Eatin Bruh” creator, star, and host Miles Carey-Snow. We talk about the journey behind his fast-growing YouTube show, his career, and general life in Hollywood. A great listen, check it out.

This episode is also available on iTunes & Spotfiy.